Ludovik Coba is a PhD candidate at the Free University of Bolzano, under the supervision of Prof. As. Markus Zanker. He completed his bachelor and master studies in Computer Engineering at the University of Padua (Italy). During his master studies, he spent a year as an ERASMUS exchange student at the University College of Cork (Ireland). In 2012, he moved to Albania where he became an IT specialist at the University of Shkodra. Then, he was promoted as director of the ICT division at the same institute, where he was leading a small team of specialists in providing services to the whole institution. By the end of 2013, he was assigned an assistant’s lecturer position in the department of Computer Science at the University of Shkodra. Since 2015, he has been developing a platform in R\C++ for testing, evaluating and prototyping recommender system algorithms. In 2016, he spent a period working as research assistant at the University of Vigo (Spain). In 2016, he moved to Bolzano to complete his PhD studies in Computer Science. He currently performs research
in reproducibility and innovative algorithms for recommender systems. 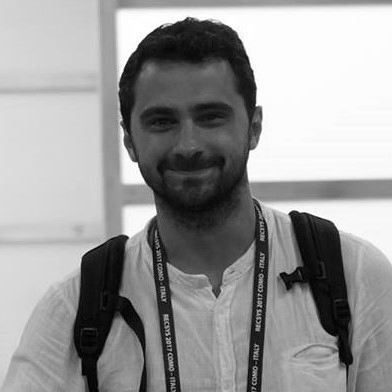